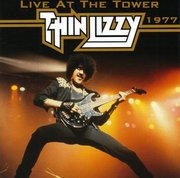 A fan group to pay homage to a timeless yet highly underrated band, Thin Lizzy! Invite others to join.

You need to be a member of Thin Lizzy Fan Group to add comments! 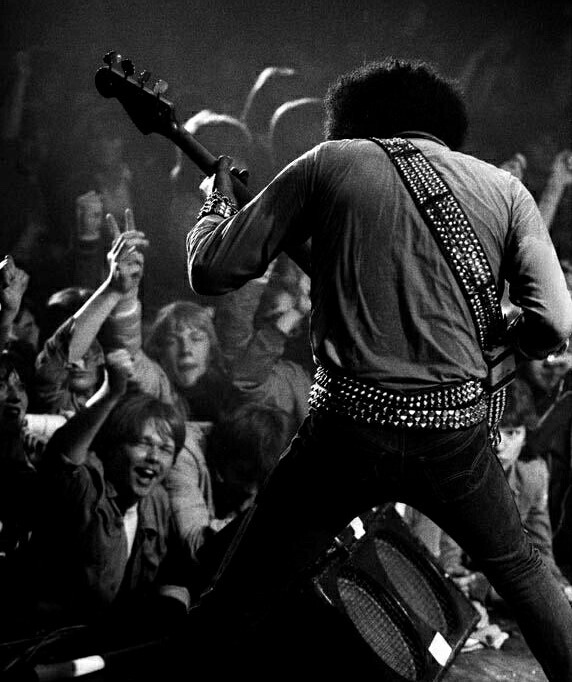 John, that sounds like a great interview. I'd love to be able to hear a rebroadcast of it. Last night I watched a live performance of the current line-up at the Download Festival, on the Palladia channel. It sounded great, despite the absence of Phil. Scott Gorham was in top form.

Nik -  just thought you might be interested in this (I'm a big Lizzy fan myself!) - I am a regular listener to a BBC Radio 2 programme on Sundays called 'Sounds of the 70s', hosted by Johnny Walker. Today Johnny's guest was Scott Gorham and there was much talk of the band's legendary partying along with the actual music. Scott also talked about the period in the 80s when he made a determined effort and got off his drug dependency, using the same therapist as Jimmy Page and Eric Clapton. After he had got clean he put together a solo project in the States and he was keen for his old buddy Phil to hear some of the stuff so he called on him. Scott said he was absolutely shocked when Phil answered the door - he was not prepared for how far down Phil had gone since they last met. He was dead three weeks later. Phil lived the Rock 'n Roll life to the full. The guy is an absolute legend.

*I became obsessed w/ Thin Lizzy when I first saw them at the age of 14. It was the Summer of 1979 at the Miami, FL Jai-Alai Fronton. They were supporting their "Black Rose" album at the time. They had opened up for Journey during the "Evolution" tour. It was one of the earliest concerts I had attended and it still stands out as one of my most memorable. I own the entire Thin Lizzy discography to this day on vinyl & CD. Songs like "Warriors", "Fight or Fall", "Don't Believe a Word", "Massacre", "Bad Reputation", "Killer Without a Cause", "Chinatown", "The Rocker", and their "Live & Dangerous" album all are part of the VERY extensive soundtrack to my youth.

Comment by mikey smith on August 10, 2011 at 1:21pm
Iam a big  fan of thin lizzy since the early 7os  from the early albums  right up to the last cd with phill lynott . the live stuff must be the best the new re-masters  are pretty good with bonus stuff is worth getting.

Comment by Nik "Werewolf" Nefarious on June 16, 2011 at 8:21am
Phil Lynott’s estranged son, Macdaragh Lambe, immerses himself in his Dad’s past as he watches Thin Lizzy rocking Slane Castle just like Dad did 30 years ago **VIDEO**

The boy was back in town.

Independent.ie reports Galway-based sculptor Macdaragh Lambe enjoyed his late father’s reformed band from a grassy hill on front of Slane Castle with host Lord Henry Mount Charles by his side.

“I wasn’t here the first time my dad played 30 years ago, but seeing Thin Lizzy tonight, in this setting, with Lord Henry -- it’s something I am going to remember for the rest of my life,” said Lambe, now 42.

Born in Dublin in 1968 as a result of a relationship between his mother and the then-struggling musician Lynott, Macdaragh was given up for adoption and brought up by Oliver and Martina Lambe in Celbridge, Co Kildare. It wasn’t until he was 35 that Lambe learnt he was the son of the million-selling Irish rock star who passed away in 1986.

“It was marvelous seeing and hearing the crowd getting into my dad’s songs,” said Lambe. “He’s not around, but his music was rocking Slane again. I was very humbled and moved to be witnessing it.”

Headlined by Kings Of Leon, an estimated crowd of 80,000 attended Saturday’s event, which also featured Elbow, White Lies, Mona and The Whigs. Past Slane concerts have included Bruce Springsteen, Guns N’ Roses, The Rolling Stones, U2, Queen and Oasis, among others.

Comment by Paul Gilligan on June 16, 2011 at 8:19am
that is a monumental announcement wish i could make it, its really the last oppurtunity to see judas priest and the fucking economy dictates i cannot attend

Comment by Nik "Werewolf" Nefarious on June 16, 2011 at 8:18am
Thin Lizzy Looking Forward To Rocking The US Once More
Tour set to launch on October 12th, in San Antonio, Texas.

The face of Thin Lizzy - Phil Lynott - may no longer be fronting the band (the singer/bassist/songwriter died at the age of 36 in 1986), but Lizzy will be returning once again to the US to open arena dates for Judas Priest, with three veteran members of the band (guitarist Scott Gorham, drummer Brian Downey, and keyboardist Darren Wharton).

As Gorham recently said in a press release, "We love playing in the USA and it will be great to show the rest of the States what we are made of. We are all fired and ready to kick some ass!"

"One of the big perks of being a member of Thin Lizzy is that sometimes we get to share the stage with other bands that have helped to shape the music we hear today," added Warwick in the same press release. "Judas Priest helped define a genre and I am really looking forward to seeing them on tour."

As previously reported, this tour is being billed as Judas Priest's farewell "Epitaph Tour," and will also feature Black Label Society on the bill.