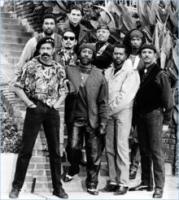 Rock-funk fusion band War was formed in 1969 and fronted by Eric Burdon, former lead singer of the Animals. They were a fusion of two sorts. Their music encompassed rock, funk, jazz, Latin music, R&B and raggae. And the band line up was multi-ethnic; a fusion of races and cultures.

For more and a video hit up my blog at: http://dufusdownbeat.blogspot.com/2009/07/low-rider.html…

A lazy day in rock history.

Another installment of the 14 part series. I hope all you Stones fans enjoy it! Also Please stop by my homepage and give my songs a click. The more plays I get, the higher in the charts I rise. Its classic style rock, and I'm sure there is something there you will enjoy. Thanks and peace to all my fellow rockers! RJ

1962 – Bob Dylans first radio appearance is on WRVR-FM in New York, as part of a 21 hour Saturday Special.

1965 – The Beatles second film Help! has its world premier at the London Pavilion.

1966 – Bob Dylan is badly injured when he crashes his motorcycle on the way to a repair shop near his home in Woodstock, Ny.

1970 – The Rolling Stones announce that Allen Klein and his ABKCO Industries will no longer represent them.

1970 – Mick Jagger makes his acting debut in the title role of the film Ned Kelly, which premieres in Glenrowan, near Melbourne Australia, home of the real life Ned Kelly.

1972 – Gold Record awarded to Cheech and Chong for their debut LP.

1973 – 600,000 people gather at Watkins Glenn Raceway for “Summer Jam”.Unlike Woodstock, there was no politicking, births or murders. There was a single death though, a skydiver who’s parachute caught fire.

The vocals by lead singer Jack Ely have been referred to as sounding "like Donald Duck on helium", but regardless The Kingsmen had a hit on their hands in 1963. Louie, Louie was actually a Jamaican love song written in 1955. Several groups covered it, from Paul Revere and the Raiders to Iggy Pop.

For more, and a video, hit up my blog at http://dufusdownbeat.blogspot.com/2009/07/louie-louie.html…

1971 – George Harrison announces his plans to organize a benefit concert for the starving people of Bangladesh.

1976 – John Lennon’s fight to stay in the United States finally ends when his application to become a permanent resident is approved. United States Immigration Service lawyers state that the government no longer objects to John’s presence and awards him a green card,… Continue

Just like a Fat Hungry person in the buffet line, you'll be back for more. Like chicks outside my bedroom window waiting to see whats in store. Like an alcoholic's 1st drink of the day, then followed by a cigarette smoker,flicking his ashes away ........."Allright Now"

Rare Sabbath , For Sabbath Fans, Like "Brutal Jack" and the Sabbath Crew!

Watch out Beatles , Watch Out Stones, Watch out all others, a Monster Dressed in Black is Coming!

Beg For it and you shall…

1974 – The first Beatles Convention is held.

1977 – Led Zeppelins US. tour is cancelled when Robert Plant receives the news of the death of his 6 yr old son Karac. The boy dies of complications resulting from a virus.

WHAT ABOUT THE GODDESS JOPLIN?

All these wonderful clubs that are devoted to these artists what about having one for Joplin, lyk she is more than a queen she's a legend, when Gun Mouth Grace and Joplin were together they were polar opposites; they were known as the Ice Queen and the Fire Queen. Joplin with her talents and passions, she was divinely the cool, she carried her style and individuality. Her music also carries you to a mystical plains like Hendrix and The Doors. Joplin is the goddess of rock, for she combined a… Continue


As you already know The Doors have influenced music scene of today like a Canadian band called The Tea Party, and another band of which just occurred to me is the Australian group Inxs (even in the name"Inxs" suggests The Doors overtones); in my opinion the lead late lead singer of Inxs Michael Hutchence style resembles Jim Morrison also I heard much criticism about Jeff Martin lead vocalist and guitarist of The Tea Party being like the Jim Morrison and… Continue

New on the block

Salutation new nation my name is Cult as you can tell I'm new here. it's nice to see that we have something in common, this commonality causes you to bob your head, takes you to another plane of existance, create your mythology, build a new realm of belief, music lyk takes us there.

peace and love to you all

Also please stop by my homepage and give my music a chance.Like everyone here, I deeply love the classic bands of this era,and I'm sure my music reflects that. Hopefully there will be something there you will enjoy. Thanks and Peace RJ

1965 – Bob Dylan makes his “electric” debut at the Newport Folk Festival. The crowd jeers as Bob introduces his new style of electrically amplified instruments, rather than his usual acoustic ones.

1968 – Big Brother and the Holding Company, the first album featuring Janis Joplin, is released by Mainstream Records and contains “Piece of My Heart”. It earns a Gold Record when Columbia… Continue

Eddie Money & Marshall Crenshaw this weekend on the radio!

We've got Eddie Money as our "Featured Artist" on Coool CAT, syndicated radio show this weekend. For show times and how to tune-in check us out at www.cooolcat.com

Also, Marshall Crenshaw is on Classic Artists Today, syndicated radio show. Check out www.classicartiststoday.com for show times and how to tune-in!

I'm Sorry Neil But You Ripped Me Off 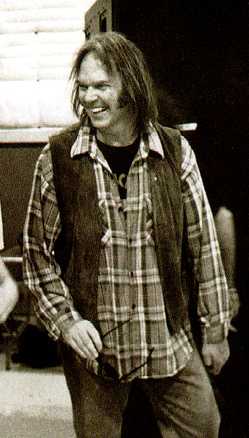 As far as I'm concerned the most anticipated release in virtually all of rock and roll history is a bust. Neil Young's Archives Volume One certainly busted me, and for what?

Oh I thought I was so smart. I convinced my wife to get me a Blu-Ray player for Father's Day in anticipation of the second-coming of box sets. And then, instead of paying $399 Cdn. at the CD store I saved myself $85 by ordering through Amazon.ca. And then I… Continue

1978 – Robert Stigwoods film “Sgt. Peppers Lonely Hearts Club Band” opens in NYC. Staring Peter Frampton as Billy Shears and the Bee Gees as the Henderson Brothers. With musical performances by Aerosmith, Alice Cooper and Earth Wind and Fire give the soundtrack some spice, but the movie… Continue

GOLD RECORDS
1969 – Blood, Sweat and Tears with “Spinning Wheel” and the Three Dog Night for “One” 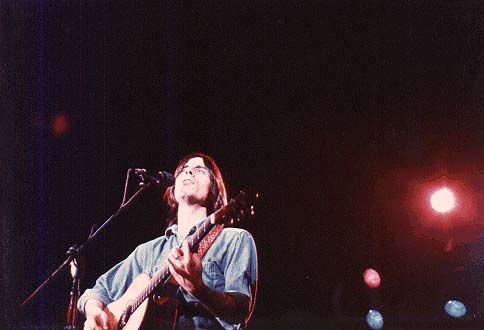 This week's 70s Thursday feature looks at Jackson Browne, an artist who struggled significantly until finally making it. Early in his career he was better known for writing songs for other people such as Joan Baez, Tom Rush, Linda Ronstadt, the Byrds and the Eagles.

For the rest of the story and a video go to my blog at:… Continue

The Stones in the Studio - Part 1

I'll be posting for all you diehard Stones fans, quite a special video. It documents the process of recording the track Sympathy for The Devil in the studio. Please check it out. It will be posted in parts, so check back often. RJ