1963 – Phil Spector has his first #1 hit with the Ronettes “Be My Baby”. This song and three others will sell a million copies before years end.

1970 – Peter Yarrow of Peter, Paul and Mary is arrested for taking “immoral liberties” with a fourteen-year-old girl.

1968 – “Hey Jude” from the Beatles is released in the United States.

1968 – John & Yoko Lennon perform one of the most successful benefit concerts ever. One on One raises nearly a quarter of a million dollars for mental challenged children.

BIRTHDAYS
John Phillips, South Carolina, 1935. Singer and songwriter with the Mama’s and Papa’s.

1958 – Guitarist George Harrison joins the Quarrymen, whose members include John Lennon and Paul McCartney, at the opening of the Casbah Club in Liverpool, a spot run by Pete Best’s mother.

1966 – The Beatles play their final concert ever at Candlestick Park in San Francisco.

1965 – Bob Dylan is booed offstage in Forest Hills, NY for playing electric guitar rather than his usual acoustic set. This scene repeats itself throughout the next year.

1966 – The Beatles play Dodger Stadium in Los Angeles, the next to last stop on their final concert tour.

1969 – Paul and Linda McCartney become the proud parents of a baby girl,mary, born in London.

1965 – Elvis Presley plays host to John, Paul, George and Ringo at his home in Bel Air while the Beatles are touring America. John recalls it as one of the most exciting times of his life.

1965 – The Rolling Stones announce their new business agreement which puts Andrew Oldham in as their personal manager, and Allen Klein as business manager.

1967 – Beatles manager, Brian Epstein, is found dead at his London home from a accidental drug overdose of sleeping pills. The… Continue

The Day in Rock continues, and once again Thanks for your patience, and let me apologize for the past week. Summer is at a close, and things will be back to the normal routine this week. Please stop by my page and give my songs a click, its fast easy and fun, and you may like a song or two there. Thanks again, RJ.


1967 – The Beatles, Mick Jagger and his girlfriend Marianne Faithful go to meet the
Maharishi in Bangor, North Wales.

What the Beatles mean to me.

The Beatles were and are one of the most important group of people in history. Their joining together was one of the rarest events that happen only once in forever. Each member is just as significant as the next. One light bulb missing and the rest don't work. No Ringo and the Beatles wouldn't exist. For these four people to come together and gel as a band was nothing short of a miracle.
Their arrival was like the meteor that killed the dinosaurs. Only in more positive directions. But like… Continue

Cry Me A River 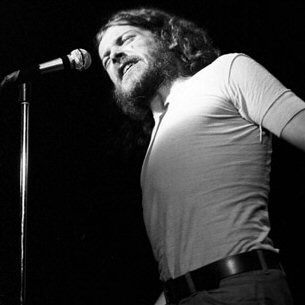 In 1969, Joe Cocker and The Grease Band embarked on an American tour. They released an album called With a Little Help From My Friends and played a little music fesitival called Woodstock. The rest, as they say, is history. Cocker's rendition of that Beatles tune is one of the highlights of not only the festival but of all… Continue

1967 – Brian Wilson makes a rare apperance with the Beach Boys on stage in Hawaii, which is recorded and released as “Lei’d In Hawaii”.

1973 – Allman Brothers Band, drummer Butch Trucks, breaks his leg in a auto accident in Macon, Georgia, just a few feet away from the spot where Duane Allman died in a motorcycle accident two years before.

1964 – Marianne Faithful scores her first British hit with “As Tears Go By”, written by Mick Jagger and Keith Richards.

1979 – The Cars play New York’s Central Park and sets a attendance record of nearly half a million. The record is broken the following year by Elton… Continue

Need Your Love So Bad - The Other Fleetwood Mac 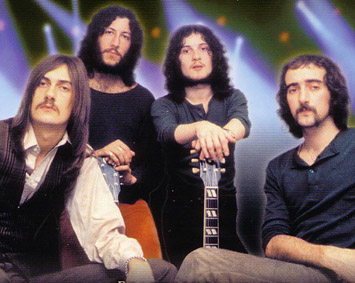 When someone says Fleetwood Mac, one's thoughts immediately go to the killer supergroup of the mid-70s with Lindsey Buckingham and Stevie Nicks. But Mac was a very successful blues band a decade earlier in Britain formed by guitarist Peter Green and his former John Mayall Blues Band mates drummer Mick Fleetwood and bassist John McVie, after whom the band was named.

1974 – John Lennon reports seeing a UFO from the rooftop of his NYC apartment..

RECORD RELEASES
1975 – The Four Seasons with “Who Loves You” and “Miricals” from the Jefferson Starship.

BIRTHDAYS
Keith Moon, London, 1947. Drummer with the Who.

1970 – Neil Young’s “After the Gold Rush” is released, his third solo album. Guitarist Nils Lofgren and Crazy Horse back him up on this album.

1979 – Led Zeppelin releases “In Through the Out Door”. No one realizes that this will be Zeppelins last recording. The band disbands the following year after the un timely death of drummer John Bonham.

1965 – The Rolling Stones fourth album, Out of Our Heads, is leading American charts, with the help of it’s hit single”Satisfaction”.

1972 – Police mace Grace Slick and push around Paul Kantner in an after concert incident in Akron Ohio. The Jefferson’s Airplane’s roadie, Chick Cassidy started the scuffle when he called the cops “Pigs”.

1973 – Gold Record day for the Allmans for “Brother and Sisters” and the Doobies with “Toulouse”.

1948 – One of rocks most amazing vocalist, songwriter, Robert Plant is born in Worcestershire, England in 1948. Original member of the Band of Joy with drummer John Bonham, joins the New Yardbirds in 1968 that would soon become Led Zeppelin. The rest is rock and roll history. Happy Birthday Mr. Plant.

BIRTHDAYS
Isaac Hayes, Covington, Tennessee, 1943. piano and sax player composer. He is best know for his soundtrack to the film Shaft.

1964 – The Beatles begin their first concert tour of North America. The 26 dates include giant outdoor stadiums, that would become a fixture in future visits.

1976 – Kiss tops U.S. charts with their ballard “Beth”, a huge change from their usual raunchy style.

Sorry for the delay, It's been a hectic hot week here in the Boston area, now lets get on with the news.....

1969 – Mick Jagger is accidentally shot on the set of the film “Ned Kelly” in Australia.

1977 – Two young girls are killed outside of Graceland as a runaway car hits the girls, as they we’re paying final respects to their idol Elvis Presley.

Thijs van Leer on keyboard and flute and guitarist Jan Akkerman were at the heart of 70s Dutch rock band Focus founded in 1969. Their second album Moving Waves was released in 1971 and made an international hit of the band largely on the strength of the single Hocus Pocus.

Summer In The City 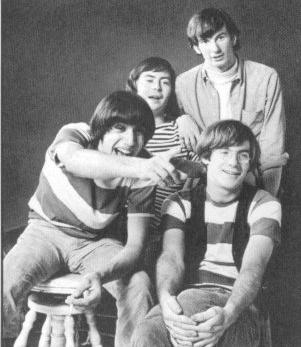 Yesterday over on my humour blog I was telling folks about the heatwave we've been experiencing here in the Ottawa region and that we really couldn't complain as it comes on the heels of the rainiest July on record. In classic rock terms, I guess you could say that lately it's been quite the Summer In The City. How's that for a segue?

For more, and a clip of Summer In The City, visit my… Continue

1973 – Paul Williams, singer and and songwriter of the original Temptations is found dead in his car in Detroit. A gun and suicide note is found in his car.

1974 – Fleetwood Mac wins a lawsuit to stop another group of musicians from touring under the name Fleetwood Mac.