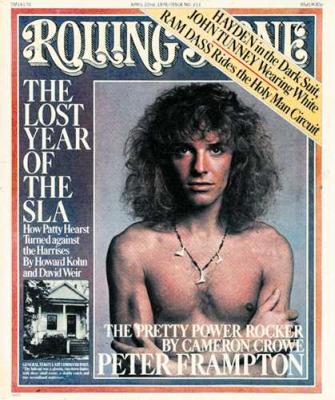 At 18, having already spent 3 years as lead singer and guitarist of The Herd, Peter Frampton joined up with Steve Marriott of the Small Faces in 1968 to form Humble Pie. Three years and 5 albums later Frampton embarked on a solo career.

In 1973 he released Frampton's Camel, a moderately successful LP that contained a tune called "Do You Feel Like We Do". A catchy tune, Frampton featured it in his live performances where it received… Continue

Janis Joplin ended her life like she lived it and her lyrics tell the story....

Janis Joplin's music was hard-edged and spoke of a wandering, drug influcenced life. Janis ended her life like she lived it. This lyric quote from Me and Bobby McGee gives great insight into her life...

"Freedom is just another word for nothing left to loose..."

Now, I'm not exaggerating when I say there's not one hateful bone in my body. I love everything and all. But recently, the fact that actual musicianship and the full on meaning of music itself is being raped and used for HALF-ASS talented use, is crawling underneath my skin. These bands, created music, some not knowing the impact it would have on others, but they made it with time, feeling, and intangible thoughts that some of us may never come to grips to fathom. Certain bands reached… Continue 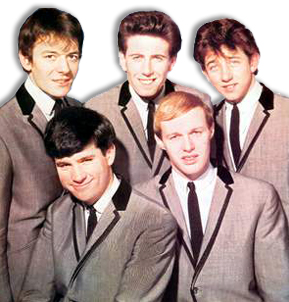 Since their formation in the late 60s, Graham Nash has been an integral part of the various incarnations of groups bearing his name: Crosby, Stills, Nash; Crosby, Stills, Nash and Young; and Crosby and Nash - not to mention his solo efforts from time to time. But prior to the supergroup known as CSN and its legendary spin-offs, Nash was also an integral part and founding member of The Hollies.

For more and a performance of Jennifer… Continue 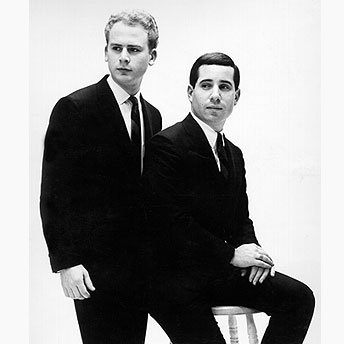 Tom and Jerry, more famously known by their real names Simon and Garfunkel were perhaps the most popular folk/rock group of the 60s. Tom and Jerry formed in 1957 but it was Simon and Garfunkel that achieved success in 1965 with the single Sounds of Silence. An acoustic version appeared on their debut album Wednesday Morning 3A.M. But the title track of their next album Sounds of Silence, added electric guitars and drums. In 1967, their music… Continue 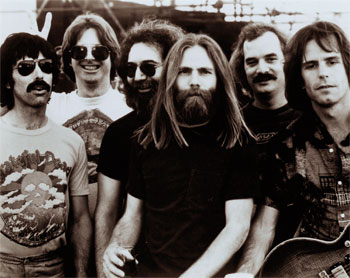 Monday night New York's Empire State Building was apparently lit up in tie-dye colours to honour the Grateful Dead. In my 60s mind all I could think was "Far out, man." The Dead was one of those bands that creeped into America's (and Canada's) consciousness first in the mid to late 60s and on throughout the 70s and 80s. They have a catalogue of far out music. Stories of their group home in Haight-Ashbury, their days on the road and Dead Heads… Continue 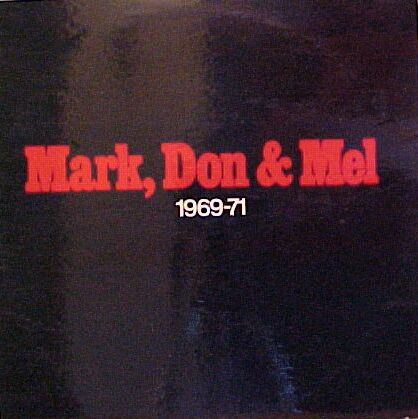 In 1972, I shelled out a couple of bucks of my hard earned money on a double album called Mark, Don and Mel - 1969-71. Mark, Don and Mel were, of course, Grand Funk Railroad and the LP captured the power-trio's hits to date in studio and live performances.


The band came together in 1968 in Flint Michigan with Mark Farner on guitars, keyboards and lead vocials; Don Brewer on drums and lead vocals, and; Mel Schacher on… Continue

Answer to yesterday's Trivia Question -- What Classic Rock song does the lyric quote... "Wish I didn't know now what I didn't know then" come from.

Bob Seger.... Against the Wind....
This is an awesome song with a number of thought-provoking lyrics 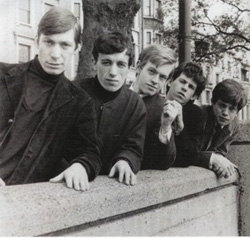 The song wasn't even on the earlier British version of the untitled album. Indeed, it was first released as a single with Nanker Phelge/Phil Spector penned Little by Little on the B-side in Britain and Lennon/McCartney's I Wanna Be your Man in… Continue

What song did the following lyric quote come from and who wrote it?

If no one comes up with the right answer, I'll give the answer tomorrow... stay tuned for more cool lyric quotes...

In honor of John Lennon's birthday... here is a little rememberd lyric quote from John Lennon...

"Life is what happens to you while you're busy making other plans"
From: Beautiful Boy - 1980

People listen to the music but seldom take the time to listen to the words of Classic Rock artists like John Lennon... pretty impactful, thought-provoking stuff! How do John Lennon's words affect your life?

There are some great lyrics to many of your favorite Classic Rock Songs you never heard...

Really listen to the lyrics of some of your favorite classic rock songs and you will find some really thought-provoking lyrics, some are funny, some are dead serious. Try this one...
""Nothing survives but the way we live our lives..."

Who's the artist? What song?

I'll give you the answer tomorrow! 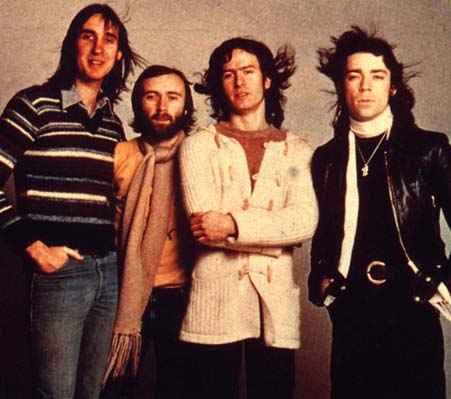 While on tour to promote The Lamb Lies Down on Broadway in the mid 70s, Peter Gabriel told his band mates he'd be leaving the group at the end of the tour. The band decided to carry on without him.


After auditioning over 400 lead singers to find a replacement, Genesis reached within and promoted drummer and back-up singer Phil Collins to take over lead singer duties. To help out on drumming duties the group engaged Yes and King… Continue

Rather than sending a blanket email to everyone on this site, I painstakingly went through the more than 1000 members and identified 36 people who I thought, based on their profiles, would be interested in the new rock band project that I'm working on.

It appears that one (or more?) of those people felt I was spamming them. So to any/all of you who felt like my invitation was spam, I sincerely apologize. It certainly wasn't meant to be but if you felt it was spam, then it was… Continue

Genesis Part I - The Musical Box 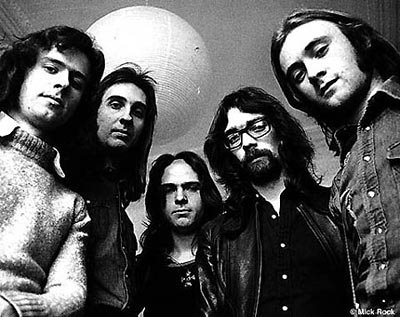 Genesis is one of those groups I and my CD player revisit periodically. There's a lot to revisit as they've been around for over 40 years and the group has gone through several line-up changes as they've refined their sound.


They came together in 1967 and issued two albums before guitarist Steve Hackett and drummer Phil Collins joined Tony Banks, Mike Rutherford and Peter Gabriel in the "classic" Genesis line up in… Continue

A Photo Shoot Shouldn't Be This Hard To Set Up!

We’re finalizing the details on the photo shoot which will take place next month. I’m thrilled that my favorite photographer, Nancy Nardi, is available to shoot the guys. I’ve posted some of her photos below. Aren’t they fabulous?

The photo shoot isn’t working out how I initially envisioned it. I thought we’d be able to set up a photo shoot near the pool on the roof of a condo building where a friend of mine lives. But it turned out the condo board wouldn’t allow the shoot. Said they… Continue

There's a young band in L.A. that wants to bring back the sounds of Classic Rock. Not that we can't still listen to the originals, but all the young bands are trying to create a new rock sound. Not sure why when the classics are....well, classic.

So when I came across this new band who said they want to write new music and they want it to have a classic rock sound, I asked "what can I do to help?" I want this genre to live on forever. They said the hardest part about being in… Continue 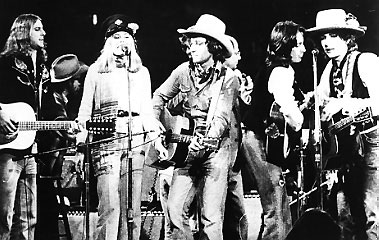 One of my favourite Dylan periods has got to be the mid-70s. If the Bootleg Series Volume 5 from 2002 had have been issued on vinyl I surely would have worn out the grooves. Volume 5 of the acclaimed bootleg series documents the fall 1975 tour of Dylan's Rolling Thunder Revue. The tour has been referred to as a travelling caravan and included such musicians as Joan Baez, Joni Mitchell, Roger McGuinn, the fabulous Scarlet Rivera, David Bowie's former… Continue