The Doors Tribute to Jim Morrison: An American Prayer

It was Robby’s idea. Jim had been haunting him for a while. Maybe it wasn’t a true haunting in the classic sense or definition but Robby had been having dreams of Jim Morrison reciting his poetry. Robby called engineer, John Haeny, to see if he knew where the tapes were that Jim had recorded on his 27th birthday on December 8th, 1970. Haeny still had the tapes and the first step was taken in what would be an album of Jim Morrison’s poetry that would become “An American…

A Beatles Doors connection has always seemed vague and strangely undocumented. It was an early marker of their success when The Doors learned that The Beatles were listening to “Strange Days.” After The Doors European tour in 1968 Jim Morrison is rumored to have visited Abbey Road studios and even lent his vocal talents to the chorus of “Happiness is a Warm Gun.”

Read the complete article at…

Just thought you like to know.
I been putting together compilations for almost 40 years
now, averaging one a month. The first 15 years on
on cassette and now permanently on CD ( Wave Files )
along with the MP3 format in the computer.
I also can't forget the web with all these postings on this…

Is Jim Morrison's Grave New "in" Spot for Hollywood Couples?

It’s always interesting to be around for the birth of a Hollywood trend. In the 90’s Madonna started adopting orphans from third world countries and soon more celebrities were with Angelina Jolie and Brad Pitt adopting a child in just about any foreign country they visited. Now Doors fans may be witnessing the start of a new trend.

Read the whole article at…

A week after Jimmy Fallon did his Jim Morrison/Doors impression with “Reading Rainbow” he’s been getting a lot of mileage with it. Internet news outlet’s have been posting articles and embedding the video in their stories all across the web. Fallon last night was on The Tonight Show with Jay Leno and talking a little about how he came up with the impression and the impressions of other rock stars he’s done.

Read whole article (and video!) at…

We’re supposed to have six degrees of separation from any other person on the planet (or from Kevin Bacon) but in Los Angeles proximity makes it a lot less than six degrees, and the fact that Jim Morrison and Ray Manzarek were film students gives them ties and connections to the Hollywood film industry that came of age in the early 70’s.

It’s fairly widely known by Doors fans that Harrison Ford, before he became famous as Han Solo in “Star Wars” worked on The Doors film “Feast of…

In 1974 the band Van Halen was formed in Pasadena, California. Their debut and self-titled album launched to huge success in 1978 selling more than 10 million copies. Van Halen's success in the late 70s and into the 80s launched an era in rock music, knock off bands known as hair metal bands, playing a so-called candy rock that never reached the success, mastery or quality of work of the originators...…

Some of you may already know but I've just found a new website founded, designed and controlled by Jimmy Page himself!

It's dedicated to all things related to Led Zeppelin and Jimmy Page.  Has loads of material referring to their tours/concerts since they formed, dates and set lists etc. with reviews of them all.  Lots of…

The Doors have never been immune from parody. The Kids in the Hall did a skit called “Doors fans aren’t made they’re Born” (see related article below), Weird Al Yankovic has recently done “Craigslist,” and a Youtube video of Jim Morrison Standup Comedian. The Chicago area comedy group Think Tank Comedy has produced a video “The Doors Tribute Band Online University” which Think Tank member Paul Robinson says “a great opportunity to poke fun at those commercials that so blatantly prey on… 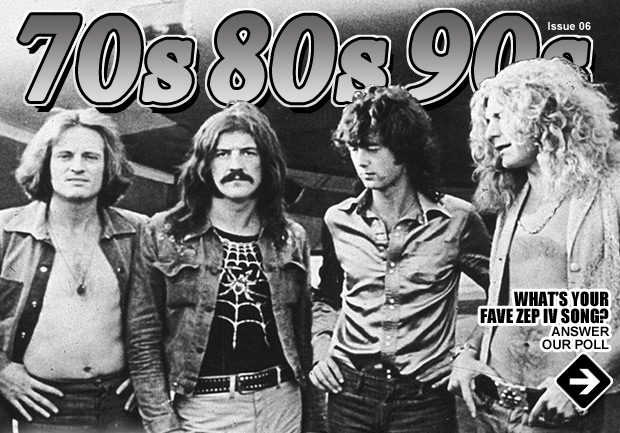 The Doors FAQ that includes the foreword I wrote is now out and available! You can buy The Doors FAQ and read my review at Amazon.

Last night the Manzarek-Krieger Band played in Alexandria, VA, at the Birchmere Music Hall. Alexandria is, of course, one of the cities Jim Morrison lived in as a teenager.

Despite recent claims by the current occupant of the Morrison’s former house that Jim visits her in his bedroom, Ray and Robby’s Halloween night show didn’t summon a ghostly visitations from Morrison. But there was a visitation from the past during “Maggie M’Gill.” Rick Manzarek, Ray’s brother and former “Rick…