Led Zeppelin - One of the greatest rock bands of all time. Fronted by Robert Plant, Jimmy Page on guitar, John-Paul Jones on bass and John Bonham on drums. Always immitated, but never bettered. Join this fan group and discuss all things Led Zeppelin!

Good Jimmy Page interview here talking about his life as a guitarist.

I am moving to a smaller home and have to sell many of my autographed guitars including this Fender bass guitar that John Paul Jones signed about ten years ago (I have worked in the TV & Music industries and have gotten to meet hundreds of rock luminaries). Yes, I have led a charmed life!

John was interviewed by VH1 Classic and signed a couple of these for the President of the network who, luckily for me, is a good friend. You can see the guitar here (if for some reason the link…

check out Dream Aria version of Whole Lotta Love at

"Tracks will be used for remastered Led Zep reissues in 2014, as long as John Paul Jones gives the OK."

You need to be a member of Led Zeppelin Fan Group to add comments!

Comment by Wayne Chapman on February 10, 2015 at 2:41pm
Hi all, check my Led Zeppelin remasters, www.zepmastering.co.uk, thanks

I ordered my Led Zeppelin ! @ 2 Deluxe CD reissues this morning at 2am from Amazon...they will be shipped to me in 2 days!!  Can't wait to hear them..I've heard ALOT about them!! 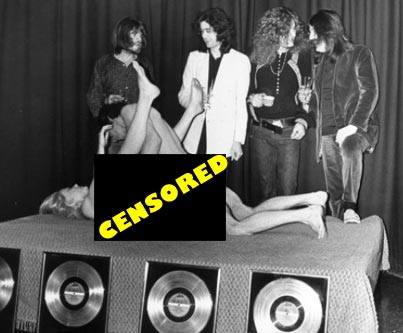 Here's a Led Zeppelin pic I had never seen!

My husband & I went to see Robert Plant & the Sensational Space Shifters at High Sierra Music Fest in Quincy, Ca. on July 4th.  It was a great Show!  I even bought a Led Zeppelin shirt online and wore it to the Show.  I received quite a few HIGH 5's from people at the Festival.  It was neat!!

I seem to be settling in now, although I'm still not sure about posting

WANT TO BE ONSTAGE?

Hello friends and fans of Led Zeppelin and excuse the out of the blue message - Hats Off to Led Zeppelin would like to ask for your input!

We have been touring the UK and beyond for three years and in an attempt to keep our show a real dedication to not only the band but the fans and followers of Led Zeppelin, we are in the process of adding some video footage to our show which will include a few ‘vox pop’ introductions at the start from friends and fans of Led Zeppelin!

The remit is quite simple! If you love Led Zeppelin and can put into two sentences (any longer and our editing shears will come out) your quirky, honest, serious, fun and heartfelt thoughts as to why they are the greatest rock band ever and what they mean to you then simply pick up your smart phone/iPhone (other phones are available) and point the camera at yourself, natter and send the footage to us!

Led Zeppelin’s gig at the O2 was the most oversubscribed concert in history and last year alone saw the release of the fabulous ‘Celebration Day’ DVD/CD et al as well as the Kennedy Centre Honors ceremony ... for a band that officially ended in 1980 and with the current resurgence of 80’s bands reforming just for cash it reveals what longevity Plant, Page, Bonham and Jones really have!

This year alone Hats Off ... remain the only UK tribute act endorsed by Marshall, continue to be managed by Warren Grant and have the honour of accepting the award for Official UK No.1 Tribute to Led Zeppelin at the Tribute awards on November 1st at the Garrick Theatre, Lichfield! It has been quite a year ...

So, go on ... point your camera and say a few words about what Led Zeppelin means to you and we’ll try to include them all in our all new show which once again begins at the Stables, Milton Keynes (August 24th this year - Book early as you couldn’t get a seat for love nor money last year!)

Be honest, send us your videographic thoughts and we’ll give two pairs of tickets to the most insightful/amusing video stars to a venue of their choice in the UK (bands discretion as always)! They will only be used as part of the live show and won’t turn up anywhere else without your permission!

So if you want to be involved and don’t mind us using your thoughts as part of our 2013/14 show then get filming and send the clips along with your name (or ‘names’ - groups of friends, couples, one man and his dog footage are also welcomed) to kevinoliverjones@mac.com or use the contact me section of the website and we’ll strive to use them all! (Please don’t forget to put your name/s)

Thanks for reading, thanks in advance for your clips and most of all, thanks for your continued support across the globe as we spread the word to believers and non beliebers everywhere!

Hats Off to Led Zeppelin