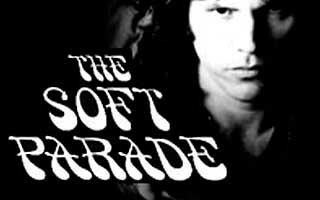 The Soft Parade is revered worldwide as THE premiere Doors show. They recreate, with stunning accuracy, the primal, poetic atmosphere of a vintage Doors concert. They have toured 20 countries, been joined onstage by original Doors guitarist Robby Krieger and has performed hundreds of concerts worldwide. Their impeccable reputation and loyal international following has enabled them this year to celebrate their 15TH Anniversary.

Formed by lead vocalist Joe Russo, his goal was to re-create - for today's audiences - the theatrical, poetic, primal atmosphere of a live Doors concert. He has succeeded. The Soft Parade stands as the most fascinating, convincing example of a Doors performance there could ever be. Seeing The Soft Parade is like reliving the legendary concerts Jim Morrison and The Doors performed over 30 years ago. They are internationally recognized as one of the most authentic, realistic recreation bands working today. From the vintage musical instruments and sound equipment right down to stage clothing and hairstyles - watching them is as close to seeing the Doors as anyone can possibly get. The show is so hauntingly authentic that critics and fans continually use words like "eerie" and "chilling" to define the experience.

The NEW YORK TIMES summed their impressions by saying, "The Soft Parade's show is so eerily convincing, often causing the audience to temporarily suspend it's disbelief".

Val Kilmer, star of "The Doors - The Movie" suggests you visit The Soft Parade!

"For years, people have sized The Soft Parade up against the legend and come away impressed." - Guitar World Magazine

Welcome to THE SOFT PARADE

The Soft Parade is revered worldwide as THE premiere Doors tribute show. They recreate, with stunning accuracy, the primal, poetic atmosphere of a vintage Doors concert.


Since forming, the New York City-based quartet has toured throughout the United States and 20 countries to become the first and foremost act to pay homage to The Doors and to garner rave reviews across the board.

Although, THE SOFT PARADE stays true to the musically audacious spirit of the original,… Continue

Cherokee Billie said…
I'm a serious fan of The Doors. I believe that their music is so inspired and takes me on a musical trip. I have a radio show every week and perhaps we could communicate and I could have you on as a guest. Let's get to know one another. Cherokee Billie Native American Psychic Radio Program 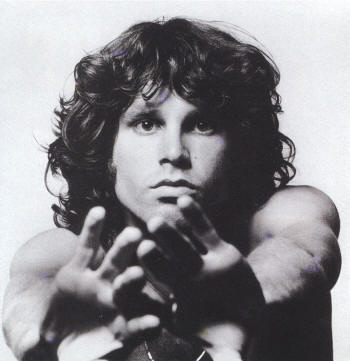 network founder!Rich Page said…
Hey! great to have you guys on here! I saw you guys years ago on the east coast. You guys rock! Welcome and Enjoy the site...