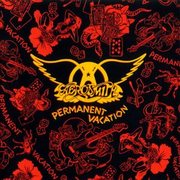 Around since 1970, this is the group to discuss all things Aerosmith and Steven Tyler!

Believe it or not, Aerosmith actually formed in 1970 - that's 39 years ago! Nearly as long as the Rolling Stones have been around. And many people think of them as being an 80's hairband - but one of…Continue

You need to be a member of Aerosmith to add comments!

Expert Rocker Comment by Wayne L. on February 7, 2016 at 4:49am
Steven Tyler has lost his mind with the country music solo album & the Skittles commercial is over the top insane. Haven't heard his solo album yet but it has to be the cheesiest one of last year. He's got to go back to kickin ass with Aerosmith for one more album & make it to their 50th anniversary in 2020. Personally I thought their last album Music From Another Dimension was kind of similar to Get Your Wings, TITA, Rocks but they have to do. one more like Brad Whitford has said. Tyler has to get out of his haze, stop all the silliness & get back to rockin.

Wayne had to google and found someone on Youtube with full "Live Bootleg" Playlist. I agree this is the best Aerosmith album I have heard..  Love it :)

Live Bootleg is the live album that defines Aerosmith at their baddest & ballsiest at the height of their 70's reign.  I got it for Christmas when I was in my early teens back in 78 & it's one of the important live albums of all time. Their other ones kick ass as well but it's LB that matters.

Get Your Wings is a great kick ass rock album that never gets mentioned with TITA or Rocks or Draw The Line most of the time.  It's one of the greatest sophomore albums of all time along with With The Beatles, Paranoid, Led Zeppelin II & VH II just to name a few.

Aerosmith in Minneaoplis was F-ing amazing.

Oh Yeah was their new song.

Aerosmith played to more than 10,000′ happy fans at McElroy Auditorium Friday evening, and, apprehensive as this reviewer was, it was a good time. The thought of 10,000 bodies pressed inside the auditorium was a frightening one; but everything was handled smoothly.

A rough and raunchy” (as they call themselves) rhythm and blues band, Aerosmith is a crowd pleaser; vocalist Steve Tyler’s antics in a devil-red modernistic tuxedo gave the relaxed audience something to watch as well as listen to. For it seems that the trend in rock and roll today is to give a show that will please
Library at 3:45 and 7 p.m. The times are the same for both libraries and there is no admission charge.

Murky, smoky air took care of the smell” and taste, and Aerosmith took over from there. The group is pretty good no, I should say great— simply because they produce an exciting Concert; it doesn’t create the urge to buy their albums, but it does make an interesting evening.A drum solo resurrected the drummer, whom many people had prematurely termed ‘boring; and the rhythm guitar played by Joe Perry was tasteful.

A FLURRY of frenzied energy, vocalist Tyler really makes this band, and his vocal variations are well planned and executed. In contrast to the preceding groups, Rush and Angel), the five-man Aerosmith displayed much originality in their use of electronic and musical tricks. Rush, a boring version of the high-pitched Led Zeppelin sound, thinks of their music as classic hard rock. YES, IT is classic in the noise level—loud, and the
originality—not much. Maybe these rising groups, Hush and Angel, are trying to show just how much noise musicians can create; or maybe the groups just can’t compete with the theatrics Of Aerosmith vocalist Steve Tyler. This five piece band rough and raunchy? Maybe, but it borders on slightly humorous, and very interesting. Hundreds of lighted matches, signifying pleasure with the music being projected over the hazy audience, were the general consensus—Aerosmith did the job right.

Comment by Nik "Werewolf" Nefarious on April 20, 2011 at 6:59pm
Greetings Aerosmith fans. I'm new to the crew. I've been an Aerosmith fan since I was a 13 year old kid (way back in '78). But honestly, when I listen to them these days, I don't really go past 1977's "Draw The Line Album". It's not that I'm limiting myself, but I feel that it's their first five releases really contributed to the lengthy soundtrack of my youth & define the true Aerosmith sound.

Comment by richard yanick on January 31, 2011 at 5:18pm
Aerosmith was great until they got together after the breakup. Don' get me wrong, they still rock and I can pick one or 2 really good songs from permanent vacation til now. But all the albums b/f that you can put them on and every song was great. Steve is a good add to american idol. Joe hates it, said something like it's one step above ninja turtles. I'm honestly afraid this may ruin aerosmith. They are suppose to record til april may and tour after. Sorry I don't see it.

Comment by Amanda Walton on January 30, 2011 at 7:55am
Steven Tyler is Awesome on American Idol, I watched it once with Simon Cowell and couldn't stand it but Steven gives such a re-freshing feel and is Off the Wall Funny. JLo is a great match too and of course Randy Jackson I always liked. I'll watch at least the first hour every week just because of Steven ... \m/ On!