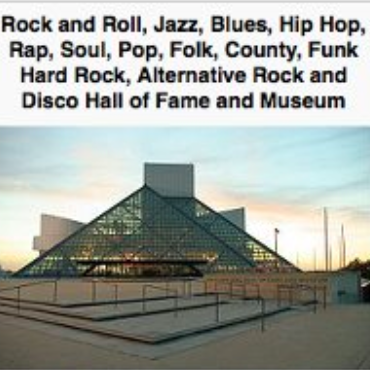 What is your favorite trio?

What are the chances of Cream touring?

They are one of the only 60's band to have all it's members still living.

What is your Favorite? Mine would have to be At Fillmore East. Editors Note: This topic already exists - please add your comments to this topic instead:…Continue

There are so many. The Young brothers of AC/DC, Greg and Dwain, The Vaughan brothers Dave and Ray of The Kinks, Eddie and Alex of Van Halen, the three Van Zant's, the Winter brothers, Toy and Tommy…Continue

If you tried to give rock and roll another name, you might call it 'Chuck Berry'. John Lennon

Band That Got you into Classic Rock
Rolling Stones

Top 5 Classic Rock Songs
To many to name

Top 5 Classic Rock Albums
To many to name

Metallica, The Rolling Stones, The Allman Brothers Band, Bruce Springsteen and the E street Band, Steve Miller Band with Joe Cocker,Peter Noone featuring Herman's Hermits and Jeff Beck, Happy Together tour with The Grass Roots, Flo and Eddie, The Association, The Buckinghams and Mark Lindsy.   I have  also seen lots of blues artists such as Buddy Guy, Lonnie Brooks, John Mayall, Bonnie Raitt with Taj Mahal, Commander Cody, Mojo Buford, Willie Big Eyes Smith and Pine top Perkins. If you can see the older acts you should because the last three on this list I saw within the last 2 years and just recently they have died.

I was able to see the Stones because my uncle Kent Smith Plays in the horn section on trumpet and has been touring with them since the Voodoo Lounge in 94. He has also played with Alice Cooper, Twisted Sister, Aretha Franklin and Paul Anka to name a few.

Madelaine said…
Nothing's up! ;) Haha, how are you?